In its special report on the institutions’ response to the Covid-19 pandemic, the Court of Auditors confirms the analyses of R&D and acknowledges the exceptional efforts made by the staff!

The Commission’s staff deserves all the institution’s trust and has proven that a modern and flexible management model is the best response to the challenges!

The Court of Auditors’ report

The Court of Auditors’ report

Confronted with this health crisis crippling the entire world, the Institutions had to adapt their management practices very rapidly relying on their pre-existing short-term business continuity plans, and supported by the digital transition currently deployed.

The Court attempted to assess the level of resilience of four EU Institutions to the direct consequences of the COVID-19 pandemic by analysing their response and the subsequent findings. It found that the Institutions demonstrated resilience by reacting quickly and flexibly and by building on the achievements already made in the digital transition. As a result, new ways of working have been introduced, and the Court recommends that these be reassessed in a post-Covid perspective.

This audit, labelled as a performance audit by the Court, provides an initial assessment of the impact of the crisis on the functioning of the EU institutions. The Institutions have responded favourably to the Court’s recommendations, proposing to continue the actions already in place, with differences in their scope and implementation depending on their specific purposes and modus operandi.

The Court concludes its report by proposing the implementation of 3 recommendations:

Further to the Court’s recommendations, the Commission has already provided responses (link). From an overall perspective, our institution values the positive conclusions of the audit report as well as the recognition of its rapid and flexible response to the crisis and accepts the 3 recommendations.

The Commission also recalls the adoption, on 24 March 2022, of the decision on working time and hybrid work (link) with a review clause. It undertakes to evaluate the implementation of the decision at the end of September 2023 and to make any necessary adjustments after consultation with the unions.

It also recalls the adoption, on 5 April 2022, of a new HR strategy (link) together with a communication on the greening of the Commission (link ).

R&D thanks the Court for the insight it has provided and salutes the progress made so far by the Institutions.

R&D had also called on President Ursula von der Leyen and Commissioner Johannes Hahn throughout the health crisis to ensure that colleagues could telework under optimal conditions and conducted a series of web-conferences to inform staff about the essentials of the pandemic .

CORONAVIRUS PANDEMIC : “Good for the citizens, good for the Institutions”

Note for the attention of Mr Johannes Hahn, Commissioner in charge of des Human Resources and Budget – COVID-19 health crisis

The European Commission has found the right cure but its staff now needs to be best equipped to administer the treatment – “Always doing more with less” is no longer an option!

THE MOMENT OF TRUTH: More than ever, the European Commission needs to be ambitious and surprise EU citizens

During this time of health and economic emergency, R&D is cal­ling the European Commission to be back as the true engine of European Integration and to play a key role in this crisis

Coronavirus, what you need to know after 2 years of pandemic… – Yves Coppieters

R&D proposes that the Court’s report be complemented by a special report on the impact of new working methods on the functioning and attractiveness of the European institutions.

In this respect, R&D asks that the Commission also analyse the “micro” vision, taking into account each individual, the specificity of his or her job as well as the working conditions in which he or she has to fulfil his or her obligations as an agent of the European Union.

Faced with daily pressures, staff have had to develop a permanent resistance. They have had to adapt to successive crises, dipping into their human and professional capacities, not to mention the continuous work overload since the 2004 and 2014 reforms, which has increased exponentially with the reduction in staff, the successive destabilising internal reorganisations, and the lack of a long-term vision in personnel policy…

As reminder, in its Special Report n°15 of 2019 « Implementation of the 2014 staff reform package at the Commission – Big savings but not without consequences for staff » (link) the Court of Auditors confirmed that the Commission is less and less perceived as an organisation that cares about the well-being of its staff. Commission staff have been the most affected by this Reform. R&D had also recalled the disastrous consequences of this reform and the impact on the health and working conditions of the staff (The 2014 Reform- “Big savings” at the expense of the staff ).

The culture of trust cannot remain a mere slogan

R&D requests that the culture of trust advocated by Commissioner Hahn and at the basis of the decision on flexibility in the organisation of working time does not remain a mere slogan !

It is essential that all the possibilities offered by this decision be duly exploited in its implementation, and even amplified also with regards to “TWA” possibilities, during the review of the decision already planned, which should be preceded by a real ex-post analysis of the reference period and presented to the staff and their representatives.

It is essential to firmly avoid attempts to return to former practices, especially with regard to the cult of face-to-face work, allegedly more efficient than telework.

On the one hand, we are pleased to note that many departments and managers have positively taken up the challenge of these new working methods much to the satisfaction of the concerned colleagues.

On the other hand, we are firmly opposed to the attempts of some managers, repeatedly, who are obsessed by the desire for permanent visual control if not outright spying on their staff. As a matter of fact, some managers believe that once the health crisis is over, the routine management that preceded it should resume, starting with crusades against teleworking and any form of flexibility in the organisation of working time.  Finally, this excessive control must not open the door to another form of digital control by undermining work-life balance and the right to disconnect, a right that R&D was the first union to claim (e-conference: The right to disconnect (renouveau-democratie.eu))

R&D shall remain highly alert and is looking forward to receiving statistics on the implementation of this decision in each service.

The Institutions’ building policy is by no means the same! Once again, Commission staff are being treated much worse than their colleagues in the other institutions!

According to the Court of Auditors, with the exception of the Commission, the Institutions have not decided to make any significant changes to their building strategies.

The four institutions audited seem to have their own vision, not going for a drastic reduction of the working space, invoking the necessary expectation of an uncertain future. This confirms the position of the Court of Justice and the European Parliament at the Workshop “Open spaces at the EU Institutions versus traditional work spaces: justification, evolution, evaluation, and results” organised by the Budgetary Control Committee of the European Parliament (see our special communication on this subject ).

The Commission, alone, is announcing a drastic reduction of its building stock in Brussels by 2030 in a perspective of budgetary savings and ‘greening’ in order to comply with its Green Deal roadmap for a climate neutral Europe by 2050.

A building policy without the slightest involvement of colleagues, or their representatives…

R&D reiterates its criticism of a buildings policy decided without the slightest involvement of colleagues, their representatives or any prior consultation of the joint committees concerned, but rather in haste, without a real study of the needs of the departments, particularly the needs of the professions, and an analysis of the professional risk factors, including psychosocial risks.

More specifically, there is an urgent need to put an end, forthwith, to the unacceptable policy of “hot desking” everywhere, at any price, and under any conditions… advocated with such enthusiasm by the OIB.

R&D reiterates once again its concerns and its objection to this new working environment https://renouveau-democratie.eu/2021/04/e-conference-hot-desking-and-open-space/ )

The obnoxious practices of the OIB … relentless towards some …

As an example of these more than obnoxious practices, we highlight the unacceptable decision announced by the OIB to move several Executive Agencies to the Engie building (in the North of Brussels), without the slightest discussion or involving the staff, the majority of whom are contract agents. This occurred in spite of the opposition of the Directors of the Executive Agencies as well as that of numerous colleagues, who expressed their opposition by signing a petition against the removal.

… and awfully tame and helpful with others…

Everyone could clearly perceive the meekness and helpfulness of the OIB when it comes to obediently satisfying the claims of the senior management who still cherish their bright and spacious individual offices and their parking space…(https://renouveau-democratie.eu/2021/04/office-space-low-cost-hostel-or-luxury-resort/ ).

Thus staging a tacky parody of the “leading by example” principle advocated by Commissioner Hahn, who also seems to be preaching in the wilderness in this respect in some departments….

Now that these new ways of working are largely adopted and used by staff, our institution must work on consolidating them so that they become more efficient and display all the features of the modern working pattern.

R&D is opposed to any far-fetched economy based on nil.

Furthermore, it should be clear that staff must never again be forced to dip into their last personal resources to cope with these crises, when it is the responsibility of the institution, as an employer, to preserve the health of its staff and to provide a real policy of support during all these changes. This has not been the case up to now.

The modernisation of our working methods, the introduction of a genuine culture of trust, which staff have thoroughly deserved during the pandemic, are the real solutions to the problems of attractiveness of our civil service, particularly for junior applicants. 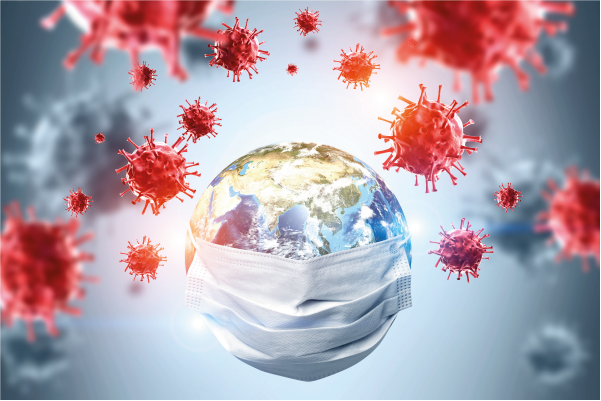