This issue is the 1st in a series on this subject!

“Focusing on tasks and not hierarchies” was one of the first messages of President von der Leyenwhich R&D supports with the utmost conviction.

R&D calls on the Commission to finally meet the expectations of the staff by turning the page of purely hierarchical and bureaucratic management.

The JRC study on “The Entrepreneurial Employee” is an excellent basis for reflection.

DG HR’s ever more chaotic approach in this “Modernisation of human resources”, exercise…

DG HR has launched a quite confused and extensive consultation process to “modernise” the human resources of the Commission. R&D warmly thanks all the colleagues who overwhelmingly supported our critical but constructive analysis of this process ( link)

We have already asked the institution to have the courage to come clean about the real objectives of this “modernisation” and to explain on what grounds it is build, without hiding behind empty slogans, as is often the case.

To avoid this new “modernisation” announced by DG HR leading to yet another failure, R&D has pleaded for the adoption of a rigorous scientific approach, drawing up a contradictory assessment of the latest “modernisation” of the administration and HR strategy, and setting a clear method, to display the true objectives of this reform with clear evaluation criteria for all.

The Court of Auditors has already invited the Commission to have “a better preparation and more rigorous monitoring of reform measures”.

After several meetings with DG HR, we regret to confirm that all our questions are still open, namely:

“ It is a capital mistake to theorise before one has data. Insensibly one begins to twist facts to suit theories, instead of finding theories to suit facts” (Sir Arthur Conan Doyle, Sherlock Holmes )

Indeed, simultaneously, the JRC has published a scientific analysis, “The Entrepreneurial Employee in the Public and Private Sector” ( link), to provide support to the European policy-making process..

R&D warmly thanks JRC’s colleagues for the outstanding quality of their work!

The report, written with contributions from researchers from Chalmers University of Technology in Sweden, aimed to clarify what it means for employees and public organizations to be “entrepreneurial”, with detailed and actionable recommendations.

The report shows how, in the public sector, an organisation can support individuals in creating greater value for their beneficiaries, in being innovative and entrepreneurial.

This report is undoubtedly one of the appropriate tools to build on much clearer and more solid foundations the “modernisation” exercise managed by DG HR.

In a rapidly changing world, it would be very appropriate to rely on this study and see how the Commission and its staff can cope with an even better implementation of the EU values and actions that European citizens still ask and deserve.!

By abandoning a purely hierarchical and bureaucratic approach, our institution could finally be able to make full use of the wealth of its staff.

It is by no means a question of transposing into our European civil service the working methods of private companies, forgetting that such methods only make sense if they are  capable of defining and serving the public interest and the European idea. It is simply a matter of recognising that our institution has an equally important duty of efficiency, performance and excellence, and that it is accountable to the citizens and to the taxpayers who bear the burden. Thus, it is up to the staff, through their expertise and experience within the Institutions, to choose and get used to the best practices and to abandon those which seem inappropriate to them.

From theory to practice: an example to follow: Re-open EU project

In addition to providing this enlightening science-for-policy report, the JRC has also offered a great example of practical implementation of the theories explained with the project Re-open EU, which witnesses how an entrepreneurial culture can compensate for the availability of limited resources and can provide an outstanding result in a very short timeframe. We wish to thank President Von der Leyen, Commissioners Breton and Gabriel, the JRC and all the other services involved for their support to Re-open EU, which demonstrates that the right culture and attitudes are key to achieving unprecedented results. : Re-open EU website provides information in ALL EU languages and gets almost 7 million visits in a short period of time!

What an outstanding result!

The key aspects of an entrepreneurial culture

The key aspects of an entrepreneurial culture include rewarding innovation, promoting cross-functional collaboration, empowering staff to take part in building the future, maintaining a sense of urgency around the necessity to innovate and change, and emphasising personal learning, growth and responsibility …

In fact, it is the spirit and the values at the base of the European civil service that too many thoughtless reforms have called into question! The members of our staff have always been driven by the desire to contribute towards the overall efficiency, the sustainability of the organization, and the defence of the founding values of the European project. They deserve a much more fulfilling professional life with greater autonomy, recognition of their work, and to fully rediscover the concept of “meaning of work” which allows their career to be valued.

The staff have always put their dedication, courage and action at the disposal of our institution and the European project. This is exactly the spirit of European public service that too many thoughtless reforms have called into question!

More than just artificially multiplying managerial posts, we must change the managerial culture of our institution, which implies a key responsibility upon managers!

“Focusing on tasks and not hierarchies” – was one of the first messages of President von der Leyen,which R&D supports with the utmost conviction.

For decades now, the Commission has talked about abolishing silos but never walks the talk. Let’s finally do it!

Implications for the managers and for the individual staff member are manifold and just as numerous at managerial level: raising awareness, offering support, empowering, organising, and rewarding the employees.

Leadership is not only about task distribution in line with organisational strategy and even less “obsessive staff control”.

Leadership is, first of all, maintaining a cohesive social unity, building the team and meeting the needs of EACH member of the staff.

As Commissioner Hahn has announced, (and R&D fully supports), it is urgent to move from a “culture of control” to a new “culture of trust”.

This real change of culture is what R&D has been asking for repeatedly and that must be the first pillar of any real modernisation!

We must never forget that a United Europe exists undoubtedly first and foremost thanks to its Founding Fathers but also and above all thanks to the staff of the institutions who have contributed to the implementation of their inspiration.

Le Renard Déchaîné special “We expect much more and much better! … 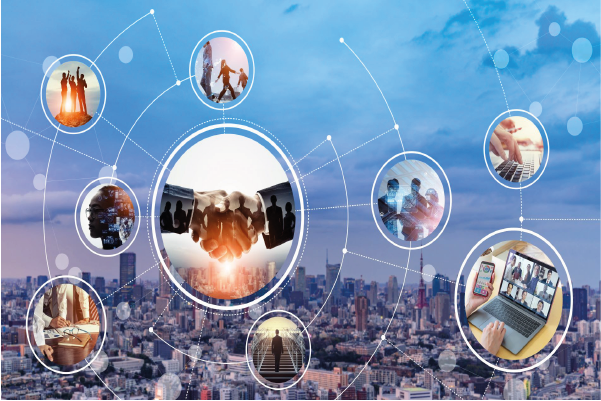