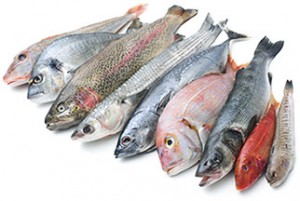 Note to the attention of Mr M. Mouligneau, Director of OIB

Subject: Results of the study from NGO Oceana on fish served in restaurants or canteens of the European institutions in Brussels

R&D was challenged today, following the results of a study conducted by the NGO Oceana in collaboration with the University of Leuven – picked up by the press (Le Soir, Flandre info, Express, l’avenir, Sudinfo), on the fraud on the quality of fish served in Brussels.

According to this study based on DNA testing of fish served in restaurants or canteens of the European institutions in Brussels, one third of the fish would not be the one indicated on the menu.

The Belgian Ministry of Economy has taken over the case and will thoroughly analyse the report, to take action if necessary.

According to the study, 38.1% of fraud was found (on 38 samples) in the canteens of the European institutions, mainly on cod, saithe and Pollack, as well as on hake.

R&D has taken note of the reply given by the European Commission to the Flemish newspaper Flandre info : “Asked about the presence of fraudulent fish in its kitchens, the European Commission stressed that three Belgian companies were responsible for subcontracting canteens of the European institutions and that their control depended on the Federal Agency for Food Chain Safety (AFSCA). The Agency passes the ball, in turn, to the Ministry for Economic Affairs, responsible for economic frauds”.

Faced with an involuntary situation from the departments concerned and without wishing to designate an alleged guilty, but for the sake of preserving the health of staff, R&D requests  that  clear and precise explanations are made to all colleagues as soon as possible.

In addition, R&D requests that the necessary quality control measures of fish mentioned above, among others, are already in place in all canteens.

Since this issue is also a matter of staff health, R & D requests that the matter is referred to CPPT

The right to postpone annual leave in case of illness