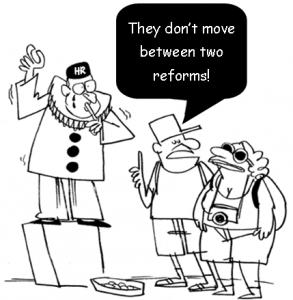 While you are always more numerous to contact us to share your misunderstanding with regard to  disparities in treatment between colleagues from different grades and / or different DGs, R&D would like to inform you now about what to expect from the 2016 promotion year.

R&D has always denounced (2015, 2014) what is, we believe, the biggest failure of this exercise: the system of promotion quotas distribution system between DG.  As a reminder, this distribution generates absolutely random effects worthy of a real lottery, because it takes no account at all of the seniority profile of colleagues in the grade, generating “nonsense” such as those found in DG TAXUD last year (link).

Our repeated interventions during the various stages of the 2015 promotion exercise changed nothing. A single example regarding  AD9 grade:

Should we conclude then that colleagues in DG AGRI / COLLEGE / DG TAXUD are 22 times more deserving than colleagues in DG DIGIT / DG JUST / DG SCIC?  Or rather that they are more fortunate in having received the erroneous formula of DG HR?

Again nothing, desperately nothing…!  The same calculations lead to the same consequences: your chances of promotion depend on a few of your merits, and a lot of chance to win the lottery organized happily every year by DG HR.

Under these conditions, R&D decided to inform you from now onwards on grades / DG which will be more or less well served in promotional possibilities during next year: the tables below will help you get an idea of your chances for promotion for next year … and without prejudice to your merits!

R&D will continue nevertheless to demand a thorough reform of the system and, in the meantime, asks DG HR to urgently establish the corrections that will allow for greater equality of treatment between colleagues.

R&D proposes in particular to:

1. review the method of promotion quotas distribution between DG taking into account the permanence profiles of colleagues in the grade. This will ensure that the possibilities for normal / fast promotion between DG are initially similar
2. limit the percentage of fast promotions to the average (already high) recorded throughout the Commission during recent years. This will avoid some of the excesses observed in the past (link) where DG had been tempted to artificially increase their quotas by performing a large number of fast promotion while not proposing colleagues who had reached the average permanence of their grade with good merits.  This subterfuge would allow increasing their quotas in future years
Any promotions that have not been allocated at this stage would then be assigned to the Promotion Committees who will allocate them after a real comparison of merits of officials from different DG.
3. provide a prior joint audit by DG HR and staff representation, of DG intentions on promotion proposals before their formal publication, in order  to detect and correct aberrant proposals and also structural inequalities caused by the system. Indeed, in the absence of this audit at an early stage of the procedure, it is problematic to imagine that Promotion Committees / Appointing Authority may, following a subsequent comparison of merits, withdraw colleagues formally proposed for promotion by their DG.
4. strengthen the role, capabilities and powers of the Promotion Committees.

R&D stands as of now available to DG HR to discuss these proposals, or any other measure, which would be able to ensure a more egalitarian management of future promotion exercises.  Indeed, given the political commitments of Vice President Georgieva to ensure proper recognition of merits of each individual, it is not acceptable that DG HR organizes in 2016 a new edition of this painful promotions lottery!

estimate of quotas allocated to DG 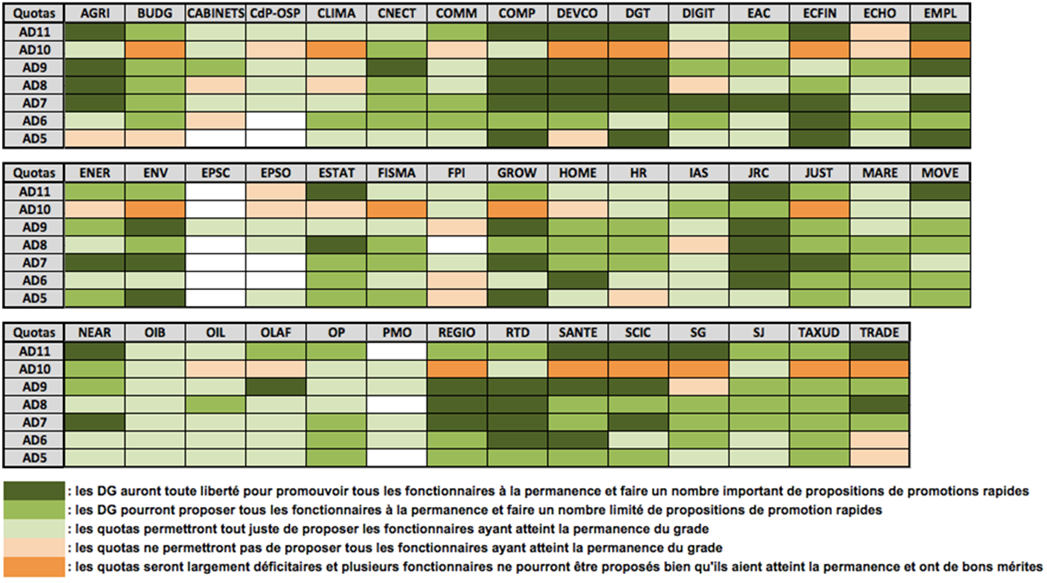 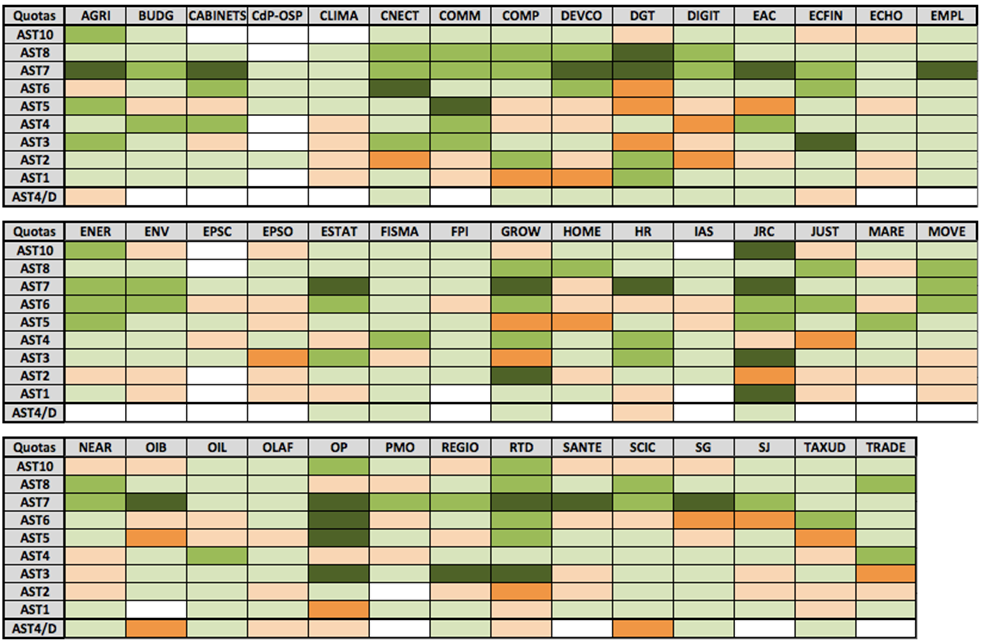