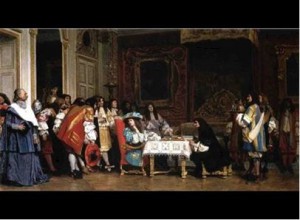 On several occasions in the past the Committee of the Regions (CoR) attempted to organise in­ternal competitions for temporary staff working for its political groups. These attempts, as scan­dalous as they were unsuccessful, fortunately resulted in failures.

With this glorious past the CoR reiterates its politico-administrative errors. It’s seems to forget that the European Institutions are facing an unprecedented crisis of credibility in the eyes of Eu­ropean citizens.

Indeed the CoR is returning to its fixed obsession by inviting the Staff Representatives to a con­sultation on a “made to measure” internal competition organised on the basis of a very “light” interpretation of the conditions laid down by Article 29 (3) of the Staff Regulations.

Whereas there is a “normal” internal competition procedure under Article 29 (1) of the Staff Regulations which is open to officials and temporary staff, the CoR prefers the exception procedure in paragraph 3, with no justification other than carrying out a political recasting operation.

Moreover, while we speak of “selection”, this fake competition foresees a number of winners equivalent to the number of potential candidates! Recall that this phony competition will make it possible to fill high-level posts, grade AD 9, AD 10, AD 11 and even (in all modesty) AD 12, which are grades that AD colleagues recruited at AD 5 level after 2004 on the basis of a General Competition will reach after an average of 7 promotions and 24 years of career no matter what their previous professional experience was!

At the same time it should be noted that the internal competition allows access to the European civil service within all the institutions and does not fall within a simple in­ternal affair of the CoR. Once these candidates are confirmed as officials, they will have access to mobility in all institutions.

The next question is where do we find positions to “officialise” this highly political and politicised staff? Indeed, in recent years, with the loss of 1% of its posts per year prescribed by the Commission, combined with transfusions of posts to Parliament, the CoR (like the EESC) has been bled of 48 posts. On top of that, we don’t know what the job losses will be in the near future as a result of Brexit.

Clearly, the CoR believes itself on another planet. It is time to bring it back to earth.

Staff of all the Institutions

Your opinion counts! Make it heard.

Lower Wages for Officials, Contract Agents and Pensioners in 2010

Note to DG HR concerning the launch of the CDR exercice