The publication of the results of the AST 3/4 and AD 10/12 competitions has shown what R&D had forecast and from the beginning (link 1 – link 2). Although the idea of these internal competitions was originally conceived as a method to alleviate the injustice that  POST 2004 colleagues suffered regarding their grading on recruitment; these competitions turned out to be no more than an enormous charade, a masquerade to guarantee/offer permanent AD positions to the Temporary Agents in the Cabinets.

R&D‘s critical view on the subject was perceived at first as a smear campaign… but now the truth is out: out of the 40 laureates of the AD12 competition: 15 come from a Cabinet, to which one may add 5 Temporary Agents “linked to a cabinet” and one Temporary Agent working at EPSO… i.e. more than half the laureates on this list!

Guess how many laureates came from BUDG COMP, DGT, DIGIT, EAC, ECFIN, EMPL, ENER, ENTR, HOME, HR, MARE, MOVE, OIB, OIL, OLAF, OP, PMO, RTD, SANCO, SCIC and TAXUD? A grand total of none! Yes, you read it right: zero! Despite the fact that the population covered by this competition in these DGs represented a few thousand potential candidates. While the Cabinets, with only a hundred people, has 21 laureates.

R&D is not here to persecute the Cabinets, nor to deny the merits of Cabinet staff. Through these messages about golden parachutes, the internal competitions, the eligibility of ALL AD12/13 of the cabinets to the promotions exercise; R&D merely intends to defend the rights and expectations of all staff, and not to remain silent on any of the dodgy dealings that we are made aware of. European Commission careers cannot be handled like the World Cup, where the officials would be the audience, who pay dear for a ticket and end up with a slow career, while the phony Messi, Neymar and Ronaldo from the Cabinets get a penalty kick into an open net!

In the midst of this economic, political and institutional crisis, when citizens are being squeezed from every angle, the last thing they need to see is the European Commission following such bad personnel management practices. Not only does this maladministration badly impact the staff, but it also negatively affects the European spirit and jeopardizes the reputation and perspectives of the Union.

R&D commits to contact as soon as possible the new president of the European Commission to ensure that the POST 2004 issue becomes one of the priorities of the new college. 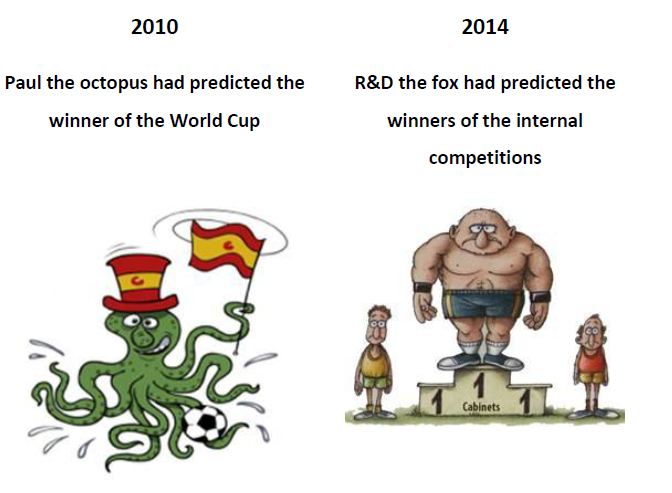 The fight goes on… The Commission fulfills correctly its function!

Well-being in our Workplace: from Theory to Practice