“The Euro : should we kill or complete it ?”

At a time when Brexit and the populist wave throw unprecedented challenges to the European Union, R&D invites you to question ourselves about the future of the euro with Jean Quatremer 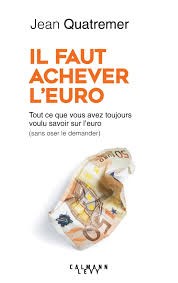 While the European currency celebrates its 20th anniversary, Jean QUATREMER, journalist at Libération, author of the blog “Les coulisses de Bruxelles” and a recognized specialist in European affairs, has just published his latest book with Calmann Lévy.

It engages in a thorough analysis of the history of the euro and the economic distortions in the EU that command a choice:  to complete or do away with the Euro.

R&D – Wellbeing at Work – Prevent back pain and stress