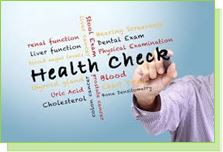 In its October 2015 newsletter, PMO announces the new rules for the preventive medicine programme that have actually been in place since 1st July 2015. They would like us to believe that “These new programmes aim at increasing the effectiveness of preventive measures by taking into account recent developments in medical practice and science” (Administrative No­tice n. 25-2015 of 13.10.2015).

But the truth is different; it is only a question of immediate cost savings, and in fact the screen­ing programmes have been drastically reduced to the detriment of staff health! And we thought the staff was “the Commission’s most important and valuable resource” as defined by Vice-President Georgieva (Commission en direct, issue 21, pag. 46).

R&D takes this unwelcome change very seriously and its elected members in the LSC are committed to fight strongly for the reintroduction of the regime as it was previously.

“Because prevention is better than cure”, as stated in the PMO newsletter itself, “the screening programmes have been adapted to re­flect this” and “some diseases, such as cancer, can be treated more easily if they are detected early”. At PMO they can clearly do mira­cles! They are able to improve prevention by reducing the level and the frequency of examinations compared to what was available until 30th June 2015.

R&D‘s analysis of the “improvements”

Up to 45 years NO ACCESS to the programmes at all, since:

– the programme is accessible “only for members not in active employment at one of the European institutions, as well as for children over the age of 18.

– for those not in active employment, i.e. partners and children over the age of 18 years old, the administrative notice n. 25-2015 of 13.10.2015 states: “JSIS members’ attention is drawn to the fact that JSIS beneficiaries with top-up coverage (in complementarity) will be required to request reimbursement from their primary insurance scheme before claiming supplementary reimbursement from JSIS for the cost of their health screening examina­tions”

Between 45 and 59 years all the most relevant analyses and checks DISAPPEARED:

– All women – no annual gynaecological visit any more with the PAP test (the same rules as stated above, i.e. for staff members not in active employment)

In practice, what remains is the same routine check that we already do annually at our internal medical service, i.e. some blood and urine analyses, visit with general practitioner and ophthalmological examination. Nothing else.

R&D‘s position on these changes

We wonder if this new implementation is in contradiction with the art. 72 of the Staff Regulations, as also confirmed by Court ruling n.T-191/01 stating:

These new rules are also in apparent contradiction with the recently widely advertised Fit@work programme, according to which “The strategy would be to focus on disease prevention and health promotion….” because “The financial costs of absenc­es and invalidity, the productivity losses, and the individual’s suffering due to health issues are also potentially significant.”

Furthermore, PMO made these changes in secret without any consultation of the staff representatives, based only on the suggestions of the Scheme’s Medical Council as the following extract from the CGAM annual report for the year 2014 reads: “the Medical Council has decided to bring the overlap between the employer’s obligations and the preventive examinations to an end, thus resulting in a clear cost reduction with regards to EU staff in activity (aged up to 45 years). On the substance of programmes, one should note that some examinations will be performed in a more cost-effective way. From 1st July 2015, complementarity will also fully apply to preven­tive medicine, meaning that the JSIS will only reimburse to beneficiaries under complementary cover what their primary insurance doesn’t cover.”

You Can’t Compare Apples with Pears!

Internal competitions: the truth will out!