R&D consolidates its role as

the first union of the European civil service! 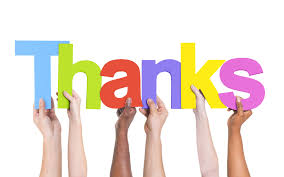 Many thanks, colleagues from the Economic and Social Committee and the JRC in Ispra and Seville,

With the victories scored in these two elections,

R&D consolidates its role as the first union of the European civil service!

R&D would like to extend its sincere gratitude to the colleagues from the European Economic and Social Committee (EESC) and the JRC in Ispra and Seville for the remarkable success we obtained in the elections for the renewal of these two Staff committees!

On the occasion of these elections, R&D chose to meet the challenges of tomorrow by drawing up a joint list with all other union forces which were present and with some non-union colleagues.

Thanks to the results obtained by its candidates, as in the Committee of the Regions R&D confirms its role as the first union within the EESC by obtaining 5 couples out of the 11 to be elected.

R&D has decided to react to the gradual reduction of posts, the increasing insecurity of staff and the freezing of recruitment of new officials imposed for years.

Without resigning itself to this defeatist scenario, R&D presented to the staff a totally innovative approach for these elections, aiming at opening the Ispra site to the other Directorates-General so that it can finally become a true scientific campus serving our institution.

At the same time, R&D strongly supported the Seville Voice list, so that, like in the other JRC sites, the Seville staff could finally have their own staff committee and that, in the meantime, they can see their needs and their wishes duly taken into account in the action of the local staff committee which brings together the sites of Ispra and Seville.

We would like to extend our sincere thanks to the voters who allowed R&D to confirm its role as the first union with 5 seats and the Seville Voice list to obtain 4 seats.

Together these two lists got the support of almost 50% of voters! It’s simply never seen!

These results consolidate the role of federal R & D as the first union of the European civil service across all institutions!

Our commitment remains the same: to earn the trust shown by voters and be accountable for our actions at all times.

We are all the more proud that these results have been achieved without renouncing the common values that constitute the basis for action of all R&D sections.

Federal R&D , the first union at the level of all institutions is above all a community of values!

Standing up for one set of Staff Regulations for all institutions and places of employment, protecting the rights of the colleagues, the equality of treatment, the transparency of procedures, fighting against abuses … always at the heart of the R&D action

For R&D , standing up for a single set of Staff Regulations and protecting the values on which our civil service is based have never been, are not, and will never be an empty slogan!

In all negotiations, we highlight the best practices of each institution and demand equal treatment of colleagues regardless of their institution or place of employment.

Within each institution and in all places of employment, we demand transparency of procedures, we oppose abuses and “parachuting” …. we defend the rights of colleagues by also offering the help of a pool of specialized lawyers to guide, help and serve you better.

Solidarity at the heart of R&D action

Solidarity being the foundation of our joint action, we do not spare our efforts to assist and defend our colleagues in precarious situations, without ever making deceptive promises, nor playing demagoguery.

DGT: When will this useless ordeal end?