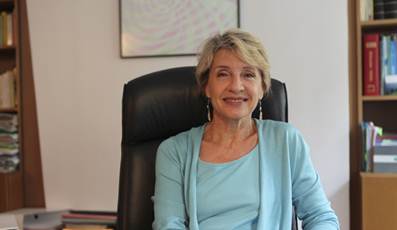 Doctor in Medicine since 1978, psychiatrist, psychoanalyst and psychotherapist.
Her interest in stress led her in the mid-1980s into victimology, a branch of criminology.
Conference

HARASSMENT in the workplace

R&D has always highlighted the importance of respect, dignity and courtesy in the workplace and reiterates its position for “zero-tolerance” policy against harassment.

“Psychological harassment means any improper conduct (physical behaviour, spoken or written language, gestures or other acts) that takes place over a period repetitively or systematically, intentional and may undermine the personality, dignity or physical or psychological integrity of any person.

Gradual and subtle violence which does not leave marks, is the most destructive. Each attack, in itself, is not particularly serious.  However,  it is the cumulative effect of frequent and repetitive  mildly traumatic episodes which constitutes harassment”.

It was in her first book, “Le harcèlement moral, la violence perverse au quotidien“, published in 1998, that Marie-France Hirigoyen first came up with the term “Psychological Harassment” – a term which has become, sadly, widely used.

Other works by Marie-France Hirigoyen